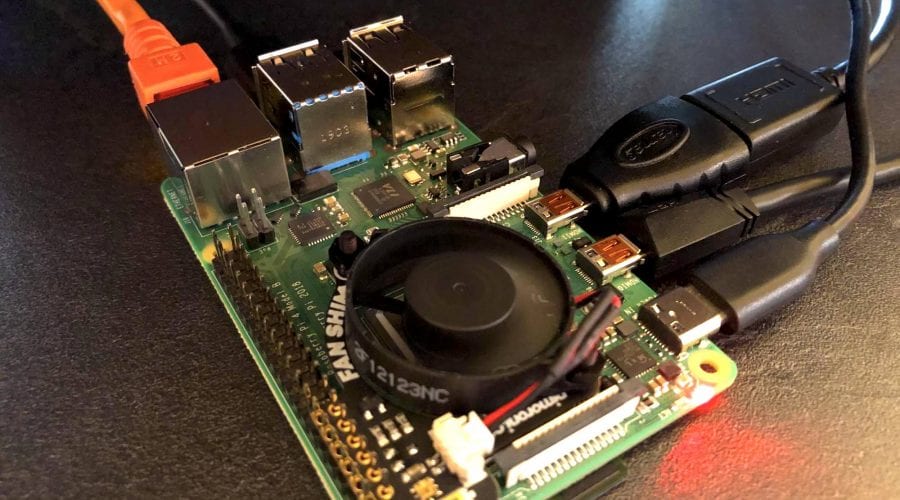 A few weeks ago I have written an article about how I am going to try using the Raspberry Pi 4 as my main computer for a week. Here are my thoughts on using it.

The Raspberry Pi 4 is running the latest version of Debian called Buster. The main challenge here is to get everything working. It’s the advantage and disadvantage of Linux that you have everything under your control and that it’s Open Source. If you’re used to a simple interface and usability as you have it on macOS or Windows then you will probably have too many expectations from an OS like Debian.

I didn’t approach this experiment with high expectations but in sometimes I really wished that it would be less difficult. You can easily spend two or three days just with setting everything up. You will have to look for alternative software, clone it, set it up, build it and so on…

I must say – using that version of the Pi is a much better experience than the previous ones.

Every action seems more or less slower than what I am used from my main machine (MacBook Pro 15″ 2018) but it is absolutely usable. There is plenty of room for multitasking since the Raspberry Pi 4 has four cores so it is not an issue to compile an Angular application in the background while browsing Chrome.

What I really liked was the performance of the USB and Ethernet interface. I am so happy about the fact that the Raspberry Pi Foundation decided to separate Ethernet and USB so you can have true 1GBit networking speed and USB 3.0 with up to 5GBit. This makes the device a lot more usable – for example if you want to use it as a NAS. If you’re not encrypting the storage you could expect file transfer rates at around 100 MB/s with SMB.

It would overheat in heavy tasks but I have a Fan SHIM for my Pi which solved the overheating. There have been a few articles reporting about overheating Raspberry Pis. But what did you expect of a quad-core ARM SoC that can run a 4K60 display and is sitting on a PCB with barely any heat dissipation?

It’s difficult to say that the Raspberry Pi would replace a desktop anytime soon. It’s still an ARM device and behind an Atom CPU. Software is lacking and it isn’t easy to set everything up. It is recommended to have advanced Linux knowledge – but you shouldn’t be surprised about that fact. If you’re someone who really wants to learn how a Linux computer is working or if you want to build a custom Raspberry Pi project then it’s the perfect choice. The 4GB allow the Pi to run more memory-hungry real-world applications like Docker or GitLab without the RAM-bottleneck and the interfaces like Ethernet and USB got a lot faster.

But it can’t replace a desktop computer (yet).