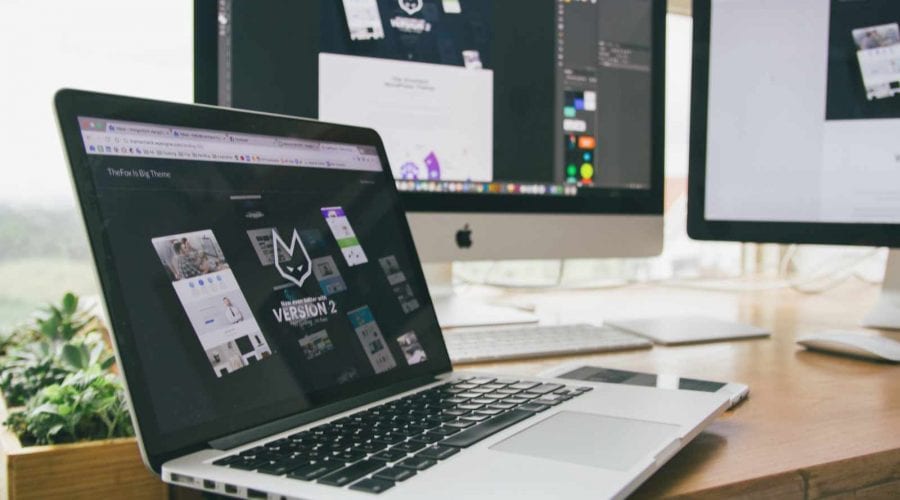 ”All your devices. One seamless experience.” That’s how Apple introduces Continuity on their website. They have probably the best ecosystem that you can find on the planet spanning across all of their devices. But what is the Apple Ecosystem and why is it so good?

Apple promotes iOS, iPadOS and macOS with features that let you start on one device and finish it off on another one – it is called Continuity. It is a key feature and on of the reasons why iPhones, iPads, Macs, the AppleTV and Homepod work so well together. And probably one of the reasons why you pay more for the devices than you would at the competition. Because sometimes the way how software works together is more important than hardware itself. Just like you don’t play on your Nintendo Switch because of the graphics.

What is the ecosystem made of?

Let’s go through some prime examples of the ecosystem itself.

1. It comes working out of the box

Let’s image you already own an iPhone and you got yourself a brand new 16” MacBook Pro to level up your Photoshop game (since it is a powerful device).

The first thing you do is that you go through all the steps to setup your Apple Account and your device itself. The most important part here is your AppleID because just by setting it up you allow all the features to be implemented on the machine. For example Sidecar – the first requirement for it to work is that your AppleID on the iPad and Mac must be the same.

Now that you are done setting up your MacBook Pro you have to do – nothing more. All is already and set up. If you also use Keychain you don’t even have to setup your WiFi or E-Mail Accounts (unless they need explicit verification like Google Mail does).

This is the first feature of the Ecosystem – is just works our of the box.

2. Photos on all your devices

18 years ago Apple introduced iPhoto on Macworld 2002 but discontinued it by 2015. The reason for this decision is that Apple included the Photos-App in their ecosystem across all devices. Since the iCloud became more and more important users were then able to store photos in it and access them from all devices (except from the HomePod, for obvious reasons).

By now Photos is a well implemented solution that wants to remind you of the great time you had last month or last year. And because the iPhone can make just great photos you can easily take one and watch it on your iPad, Mac or AppleTV after it has been synced. And the syncing is happening automatically even when you’re on the go – but the iPhone is limiting it automatically in favor of battery life and mobile data.

Another feature of the Photos app is the ability to optimize storage so that your photos and videos will be uploaded into the cloud while only a preview remains on your device. That way when you access the photo it will be downloaded and you can view and share it. In order to optimize this for videos you will download a lower quality version when viewing and only the original when you edit or share it. Now if you have an iPad with 512GB you can select the option „Download and Keep Originals“ while on your iPhone with 64GB you can „Optimise iPhone Storage“.

Continuity is the glue that holds the ecosystem of Apple together. It allows actions and communications between devices.

Here are a few examples:

Sidecar: You just set up your iPad next to your MacBook and activate Sidecar on your Mac. Boom, you have a second display with almost no latency. No cable or anything required.

Calls and Messages: Your iPhone is still in your bedroom and you receive a phone call while chilling on the couch with your MacBook. It then starts to ring and you can just accept the call on your laptop.

Continuity Camera: Your on your iMac and need to scan that important document? Right click on the Desktop, hover over „Import from iPhone“ and select „Scan Documents“. Your iPhone lights up and prompts you to take a photo of a document. Take the photo, crop the document and there you go. It’s now on your iMacs desktop.

AirDrop: You want to transfer a 2GB large file from your iPad to your MacBook. Select AirDrop in your Sharing-Options, pick your MacBook and a couple seconds later its already on your MacBook. The good thing is that AirDrop is actually really fast at transferring large files.

Instant Hotspot: You are on the passenger seat and want to fill out a form on a website on your MacBook but you have no WiFi enabled. Your MacBook detects your iPhone nearby and starts the HotSpot on your iPhone automatically and connects to it. You just use your MacBook and get instant internet access.

What’s an iPhone, iPad or MacBook without its apps? It’s like a car with no seats. It makes no sense.

The main apps from Apple are the same across all devices. The Reminders-app on your Mac looks and works just the same as it does on an iPhone or iPad. That’s the same for Safari, Notes, Home and so on.

And developers are able to port their iPad apps easily to macOS – enabling a smoother experience using the apps across your devices.

Apples ecosystem just works – most of the times. Of course nothing is as perfect as it seems and form time to time your iPhone won‘t detect your MacBook. Or the iPad will just not connect to the HotSpot of your iPhone. Apple is offering many support pages allowing you to analyze the problem. If you ask yourself „Why is Continuity not working?“ you could just go to this support page and click on what you want to use. You can then read through the steps in order to have a feature working correctly.

Apple put a lot of effort into their devices over the years to allow a seamless experiences across all of them. That‘s one of the reasons why you pay an „Apple Tax“ when getting their devices because software is a big part of the hardware and also very expensive. But no one holds you from saving money and buying an older generation like I did with my 2017 iPad Pro that works just great in 2020 (read more about it here).

In the end, Apple has developed Continuity so that you have a satisfying experience across all your devices. Because it just works.