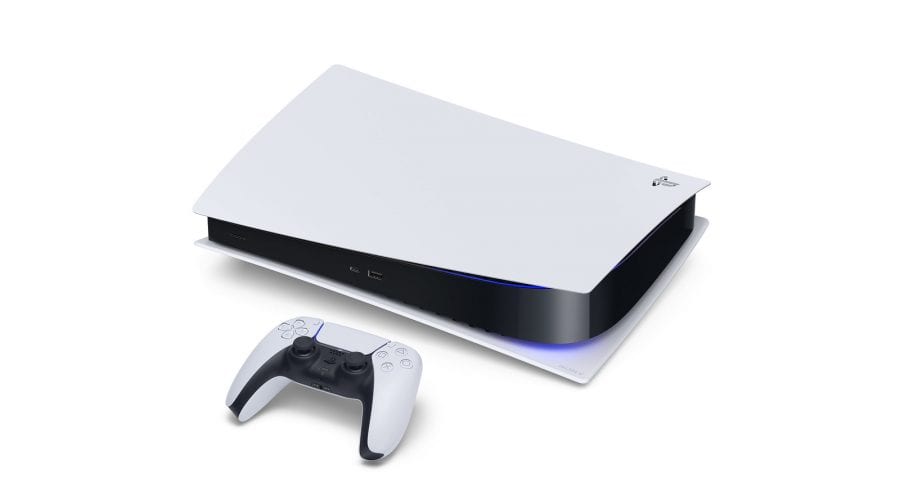 We talked about the PlayStation 5 in our DIGITLZ Talk and now its finally here: Last Tuesday evening the new console was finally shown during the PS5 event. We have also seen some new games of great IPs like Gran Turismo 7, Ratchet and Clank: Rift Apart, Horizon Forbidden West and Resident Evil VIII: Village. Other exciting IPs are Project Athia, Returnal and Kena: Bridge of Spirits. Sadly there have been no information about the date of release and the price.

The new look of the PlayStation 5

This time Sony went wild with a futuristic design, surely a bold decision. A white and black console with blue LEDs. Something different than in the past.

Sony showed the console vertically, laying on a stand. Due the curved form of the console a lot of people questioned the possibility to set the console horizontally. It does indeed lay flat on its side with the use of the same stand.

Besides the futuristic and bold design, that some may or may not like, the real surprise was that Sony announced two different versions of the new console. A standard edition with a disc drive and a digital edition without it.

Two factors could have led to the decision for the digital approach. The first one is to lower the entry level price of the console, making it more affordable. Another one is to prepare the users to a world where the digital distribution has completely overcome the retail distribution. We are already seeing a trend going in this direction.

But is this actually a good trend for everyone? The possibility to loan or resell a digital version is not yet implemented in the PS-Store. Selling physical games to buy new ones is a practice that a lot of gamers use. I really hope that companies find a way in the digital distribution to overcome this problem.

A total of 25 games where presented in the virtual keynote. Sadly we didn’t see that much of gameplay that could help us to see and understand the real power of PS5. But one game really impressed me. I have always been a fan of Ratchet and his robotic friend. Seeing them in such a rich world with a lot of details and so much stuff going on the screen was really exiting. Hopefully Ratchet & Clank: Rift Apart will be available at launch of the PS5.

Horizon: Forbidden West, the sequel of Horizon Zero Dawn, was presented with a three minute long trailer. It would have been really nice to see some gameplay showing the power of this new console. But we have to wait for that. It’s kind of hard to imagine that it would be released with the console since the last one came out around 3 years ago. It’s more likely that we will see it around the first quarter of 2021.