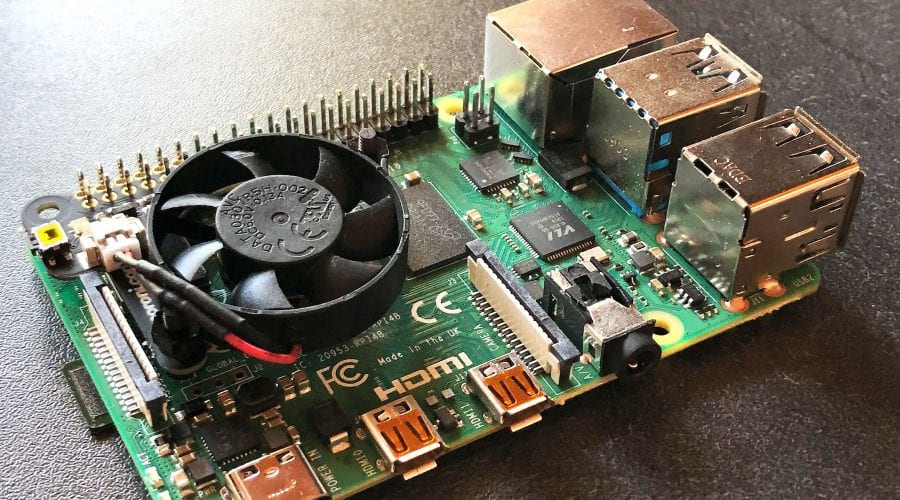 Here are the following parts of this series:
Part 2: Setting up a Raspberry Pi 4 to use as a desktop

The Raspberry Pi is a powerful device in terms of ways how you can use it. But is it good and powerful enough to replace your desktop computer?

I always wondered if it would be possible to use a Raspberry Pi as a desktop replacement. I tried it with every generation but it didn‘t really work out. It‘s mostly the single core performance as well as the RAM that lacks performance causing the whole experience to literally stutter.

But hey, there is a new generation! The Raspberry Pi 4 has been announced last week on June 24th, 2019 and I ordered it immediately – even before reading the specs because I was so afraid that it could be sold out quickly…

I use it for developing web applications using the latest Angular, maintain WordPress pages, cut short videos, edit photos and browse the web.

The Raspberry Pi 4 will be used for the same purposes for one week. No MacBook Pro at home. (When I’m on the go I will keep using my MacBook 12″)

The Raspberry Pi 4 will be tested in these tasks:

It is a powerful device but it’s still behind an Intel Atom, this is for sure. But since the Raspberry Pi Organisation describes it as a desktop computer I will be curious to find out how good it will perform.

Here are the following parts of this series:
Part 2: Setting up a Raspberry Pi 4 to use as a desktop